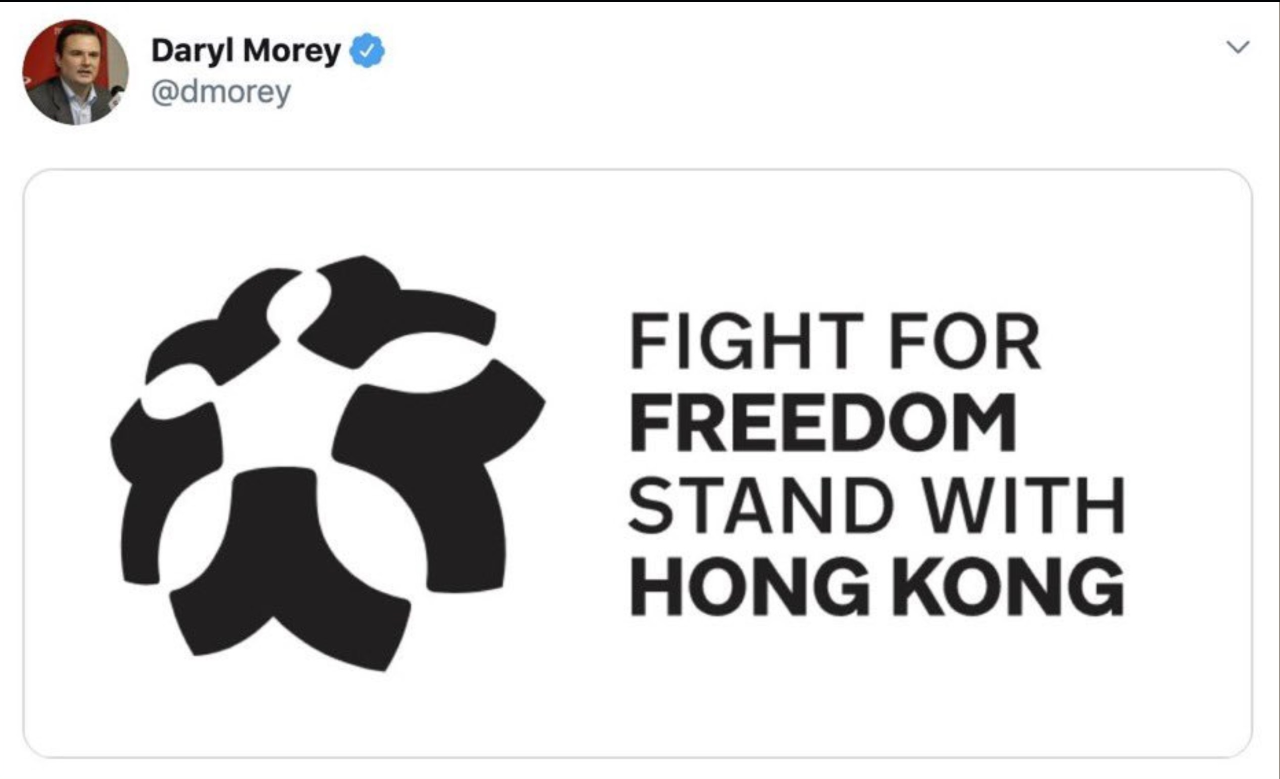 LeBron James, a symbol for ‘wokeness’ in America and one of the greatest basketball players of all time, now has furious Hong Kong protestors burning and trampling his jersey in the streets.

When asked for his thoughts on Houston Rockets’ General Manager Daryl Morey’s tweet supporting the protests in Hong Kong, James said Morey was “misinformed”. Since then, Americans and Hongkongers alike have expressed their distaste at his comments.

` Morey’s tweet, which has since severed business ties between the National Basketball Association and its Chinese partners, was beginning to leave the spotlight until James sparked the conversation once more on October 14.

“It was something I was not informed enough about,” James said. “It was something that not only myself and my teammates or our organization had enough information to even talk about at that point in time.”

James also mentions the fact that the Lakers were simultaneously set to go to China on a pre-season trip to play the Brooklyn Nets, and that “so many people could have been harmed.”

If James had only mentioned the players’ safety overseas, there would have been less backlash against him.

James contradicts himself in calling Morey misinformed while also admitting he is not too familiar with the situation, making his initial insertion into the situation all the more problematic. James should have been prepared to back it up with a logical explanation instead of claiming ignorance himself. The tweet that started the whole debacle was a simple one, an image reading; “Fight for Freedom. Stand with Hong Kong.”

Morey has every right to express his opinion. Privileges like freedom of speech are what separates us from countries like China, where speaking your mind can lead to severe punishment. What was Morey not informed about? Yes, his tweet did create tension between the NBA and the Chinese government, but it wasn’t absurd. Is there not a consensus in America that China stifles free speech and other rights we hold dear?

Of course, there are financial motives driving James’ comments about Morey.

The NBA and China have a prominent business relationship that is worth billions of dollars, so this incident will have a definite effect on the players’ bottom line; things such as jersey sales and shares if television revenue that will be lost if the NBA is no longer involved in the country. James frequently mentions business that players like himself tend to while in China, and how the repercussions of the tweet will damage him and the league financially.

James has a net worth of approximately $450 million consisting of a plethora of contracts, endorsements, and sponsorships, both international and domestic. Those are good incentives to play dumb, and say something even dumber, about China’s abuses.

By Alison Vinick | March 9, 2021 The University at Albany has canceled the entirety of its spring break to make way for a shortened semester in an effort to reduce travel related COVID-19 transmissi

We Need to Fight This Together